Teleport, edit your items, enable god mode and more in local instances with these from a powerful new hack tool now available for Monster Hunter World. 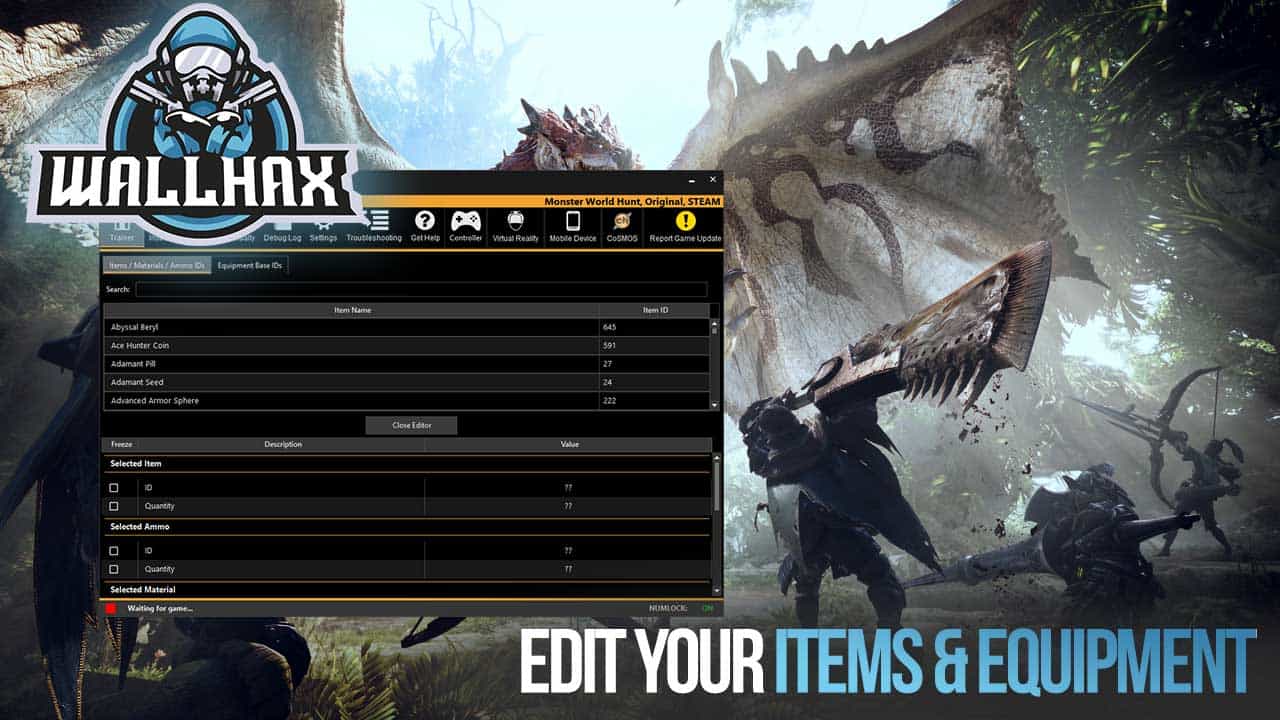 NOTE: Only singleplayer is supported for cheat tool usage.

Slay monsters with ease, boost your hunter rank, funds, edit gear and much more with a powerful new Monster Hunter cheat tool from trainer provider CH. With the help of these cheat features, you can customize your hunter to your liking, adjust their gear and more, then roll into your next mission or fight with abilities like god-mode, No Reload, super sprint and more.

With the help of these powerful trainer features, you can slay monsters in record time, quickly completing missions, farming resources, and increasing the power of your character as you craft better gear and weapons for your next hunt. You are in the driver's seat for how much of an advantage you want in-game. Whether you just want to teleport to a fight after going down or want to edit your character to become completely unstoppable. The choice is up to you. 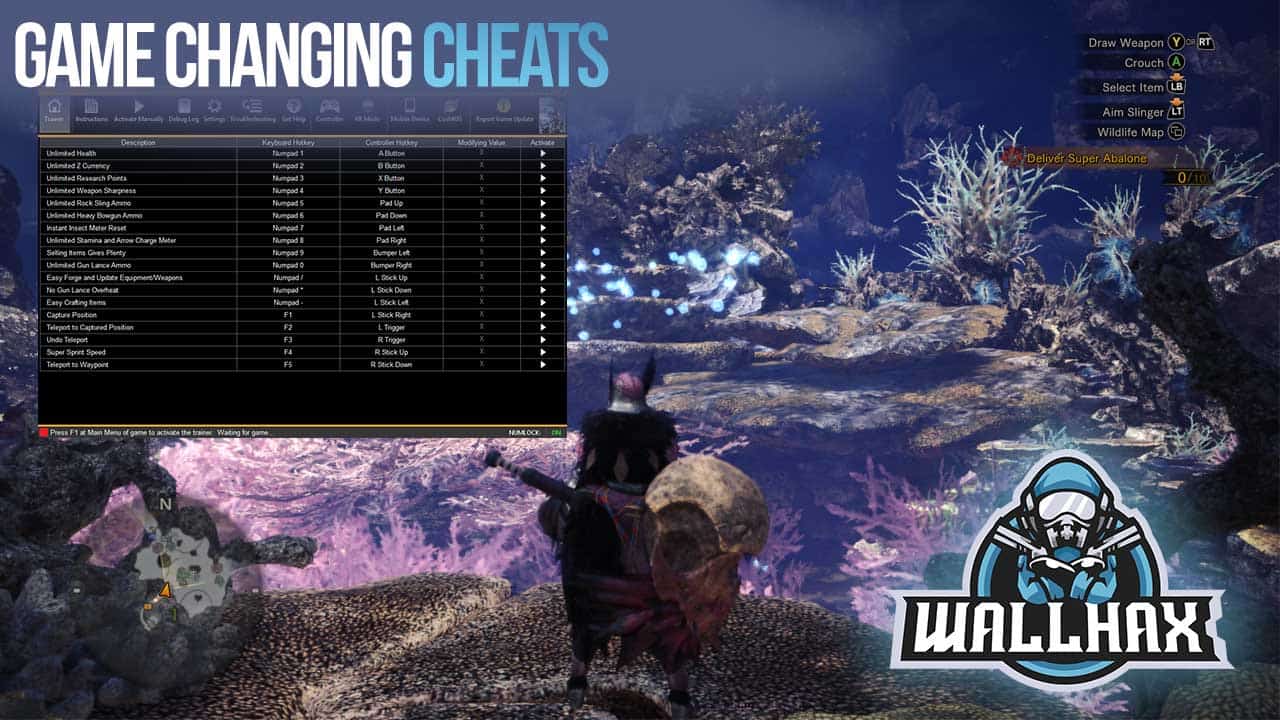 Power Up Your Hunter! Get your Monster Hunter World Cheat Access Now!

With The Gear & Player Editor

Additionally, included as part of the Monster Hunter Cheat Tool, edit your character for complete control over your strength and equipment. Give yourself more items, ammo, materials, and equipment, giving you an instant power boost without having to farm for materials and items for hours. Edit your character completely, adjusting your hunter rank, available money, points, and even your name! This tool can be used in conjunction with the main cheat features to equip you for fighting the most powerful monsters in the game. While your friends are having to farm for money, or gather plants to create potions, you can already have all of the items you need ready to go for your next hunt.

Having trouble with a difficult monster? Give yourself more credits to upgrade your gear, or add additional materials to your inventory for crafting. Low on ammo in a fight? Add more so you can keep dealing maximum damage to take out a difficult monster. With these features, you have full control of your gameplay experience and progression! Note that this tool is only tested and designed to function in local game instances.

When Are Multiplayer Cheats for Monster Hunter World going to be available?

Monster Hunter: World is now released for PC on Steam and came out on August 9th! Monster Hunter World originally launched on the current generation consoles, Xbox One and the Playstation 4 to critical acclaim. The developers have since been working on bringing the title to PC.

While you can only expect to see cheats for the game available on PC, many cheat developers will start working to develop their hacks on the game's release date. Some cheats could even be available on the day of release, depending on how difficult it is to analyze the game files. Singleplayer supported cheats are now available from the guys at CH, with possible multiplayer cheats coming from Wallhax in the future. 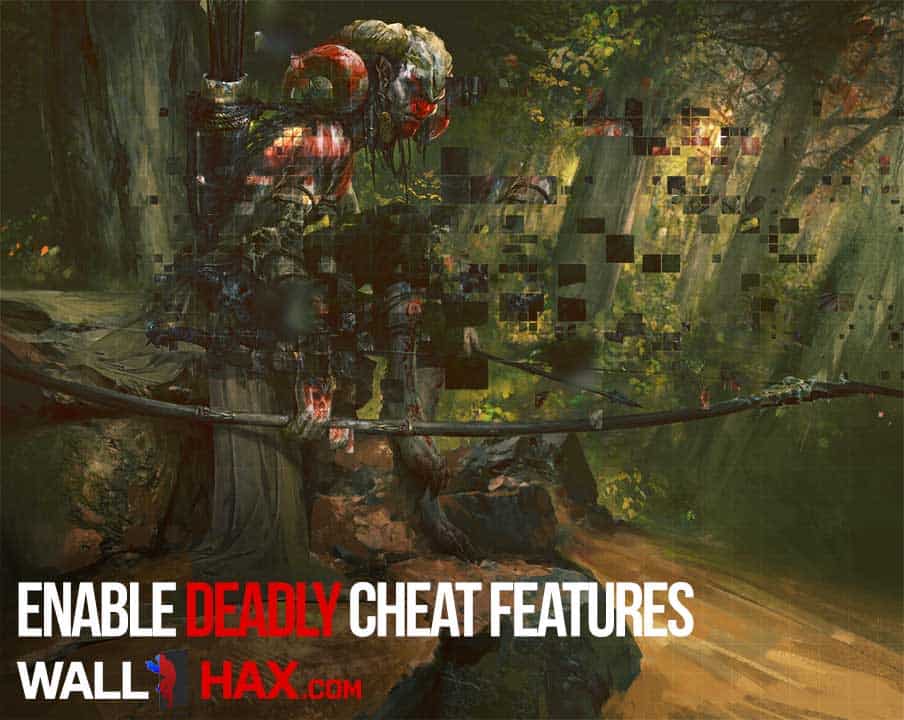 After launch, more cheats for the game will become available as cheat programmers continue to work on their software. If the game offers a beta prior to full release, Monster Hunter World cheats could be available even sooner!

Monster Hunter World on the PC

If you're exclusively a PC gamer, you might not have tried Monster Hunter World yet, as it was only released on consoles up until this point.

In Monster Hunter, you create a character who is a hunter of monsters, and make your living by slaying monsters and keeping the world safe from the biggest, baddest creatures. Monster Hunter World is the first monster hunter game designed for this generation of consoles and features a large open map and fantastic graphics.

In the game, you'll prepare to go out into the field by eating food, sharpening your weapons and loading up on consumables, and then accept quests to take out monsters in the world.

You'll have to track down your prey, relying on things like footprints or scent trails. Once you finally find the monster you can strike.

Monster Hunter's combat is unique from most other games, often with long animations and slow movement. This is where Monster Hunter World hacks come in, letting you do things like attack faster, increase your damage, or avoid attacks that could otherwise cripple you.

Most of the fun of Monster Hunter is these large battles with a monster that can take 20 minutes or longer. And when you finally slay them, it's time to cut up their remains for some potentially great loot that can be crafted into an epic piece of armor or weapon to give you a big stats boost for your next hunt! It should be no surprise that this franchise has built up a devoted following with this satisfying gameplay loop.

Why Do You Need To Hack Monster Hunter World?

If you're looking to get the best armor, items, and weapons in Monster Hunter, game cheats will give you a big advantage.

Some cheat features will greatly speed up how quickly you can complete hunts, getting you the rewards faster and reducing the grind. Features like ESP let you make a bee-line to the monster's location, while aim assistance ensures nearly every attack or shot will hit dead-on. Other features like damage enhancement or smart dodging will give you an additional advantage.

With these types of features, you can hunt even bigger monsters than you could ever take on solo before, and fight some of the biggest and most dangerous creatures whether you are playing online in a group or rolling solo. The biggest beasts give the best rewards, and you'll be able to craft top-quality epic gear for your character after you take down these fearsome opponents. 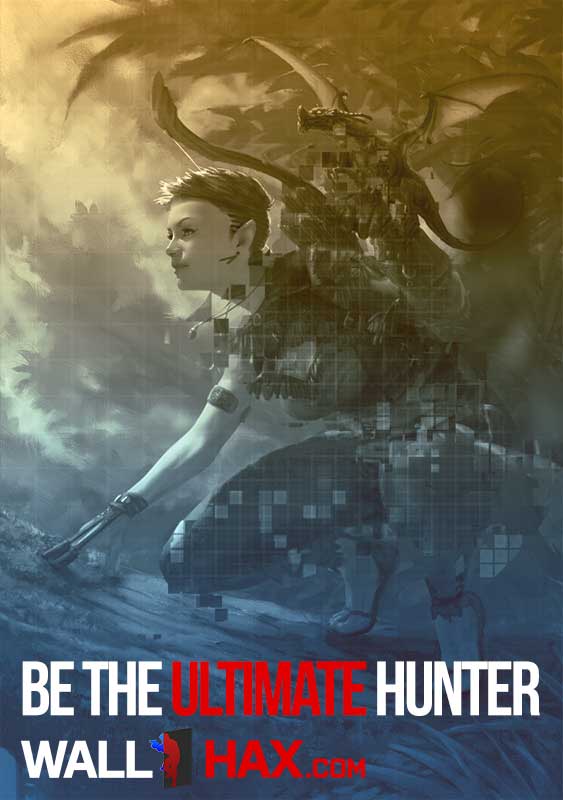 If you're looking for free cheats for Monster Hunter, you may want to consider the risks of downloading free cheats for the game. Many download links you'll find online are really fake hacks or cheats, uploaded by people trying to get you to install adware or complete a survey to access the program. Since the people who upload these ‘cheats' have no ability to create cheats themselves, they find an easy way to make money off people who are looking for free programs.

Another risk of using free cheats is that they can also be downloaded by the game developers, who want to patch and block people using the cheats. If a game developer has already found a way to detect a freely available cheat, your account could quickly be banned from the game servers. On the other hand, private cheats are only available to a small number of people and kept updated so they are always working with the latest game version and undetected by the game.

Deadly singleplayer cheat features from Cheathappens are now available as you saw further up the page. If you're looking for multiplayer specific hacks from Wallhax, Create an account on our forums to join our community and stay up to date!