Decimate your opponents in M&B 2 Bannerlord multiplayer matches with the Wallhax private hack. Featuring our aimbot, ESP and 2D radar features you'll always have the definitive advantage on the battlefield.

ESP features let you hunt down every enemy to rout your opponents, while avoiding being flanked by any sneaky opposing players.

Lock-on with our bone aimbot for easy headshots with ranged weapons and maximum accuracy to quickly take down your foes. The aimbot can also be helpful to stay locked-on to an enemy in the game's high-stakes melee combat.

Configure every feature of the cheat through the in-game Wallhax cheat menu, with full mouse support to make changing settings on the fly easy!

Create your Wallhax account now to unlock forum access and the ability to purchase an M&B2: Bannerlord cheat Subscription.

The Mount & Blade series has become a hardcore sensation for its sandbox strategy role-playing gameplay. Battles in these games are massive, intense, and easy to lose. Now developer TaleWorlds Entertainment is hard at work on a sequel, Mount & Blade II: Bannerlord. If you want to be ahead of the curve when Mount & Blade Bannerlord releases in early access in March 2020, you'll need the best hacks available.

As in earlier Mount & Blade games, Bannerlord will feature both single-player and multiplayer modes. The single-player mode will see players leading armies across a land featuring numerous factions, a story full of dramatic twists, and huge battles that will require smart management of your troops and resources.

Factions in Mount & Blade Bannerlord include the Calradian Empire, Vlandia, Khuzait Khanate, Battania, and Aserai. The player character will be able to hail from any region of the world and may choose to ally with, defend, or betray any of these factions as they progress through the game. 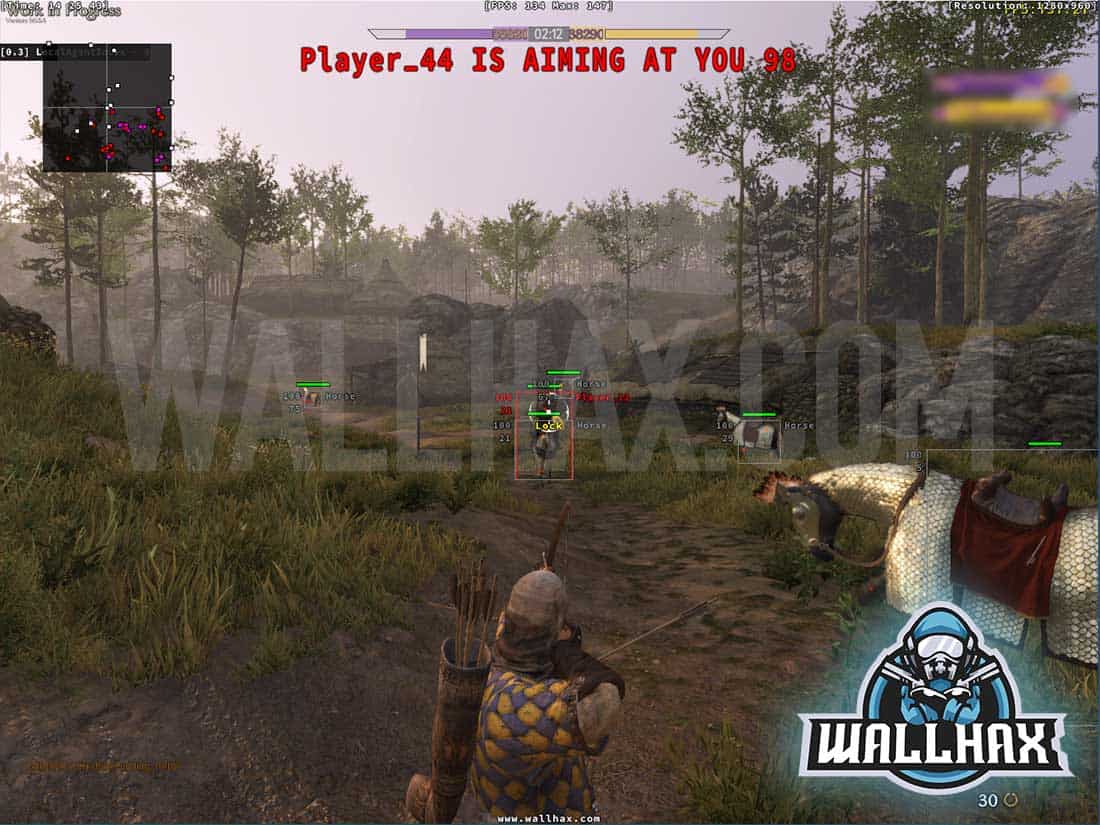 In the multiplayer modes, players will go head-to-head in fierce skirmishes. Multiplayer will be completely separate from the campaign mode at first, although TaleWorlds has said that it may add multiplayer functionality into the campaign after launch.

Combat in the Mount & Blade games takes place in a third-person, over-the-shoulder perspective. Players can attack with a variety of melee and ranged weapons, including swords, axes, spears, and bows. In melee combat, you must carefully attack, block, and parry, making each individual encounter fairly intense. The game will also include bigger-scale castle attacks and defenses, wherein players will be able to create and control giant siege weapons.

Beyond fighting, Mount & Blade II: Bannerlord features plenty of role-playing elements to shake things up. A complex dialogue system will allow you to talk your way out of (or into) tricky situations. You'll be able to romance non-player characters, marry them, and even have children who you can pass your skills onto and take control of once your character dies. The game will include a deep character progression system and tons of crafting options. 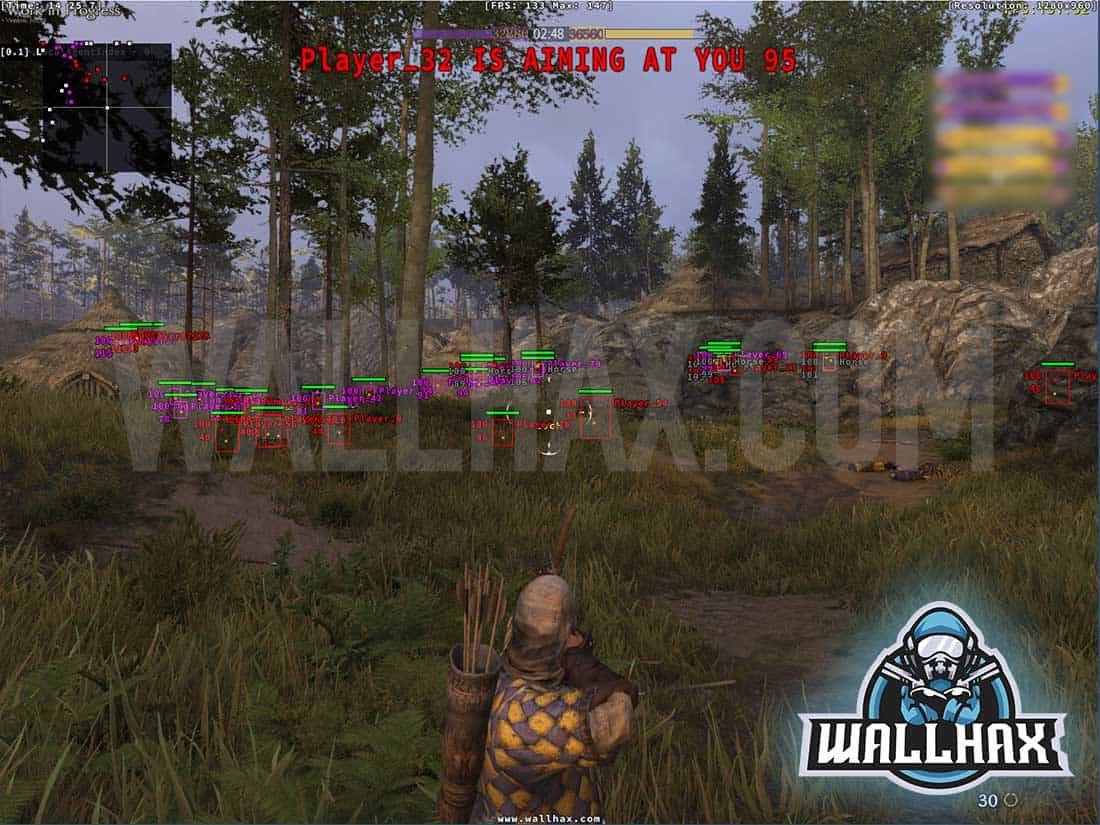 Some of the popular hacks for other medieval multiplayer games included:

Autoblock
With this hack, you don't need to worry about blocking during Mount & Blade's intense combat. It will be handled for you, keeping your character safe.

Aimbots
A take on a popular hack for first-person shooters, aimbot will help you hit your target every time. This is especially useful when using bows, crossbows, or other ranged weapons, but it can still be used with melee weapons as well.

Object Spawner
Got some items or structures that you want in your game immediately without having to track them down? This hack can help. Use it strategically to freak out your enemies and give yourself a tactical advantage.

Wallhacks
With this popular hack, you'll be able to see where other characters, friend and foe alike, are located, even when they're blocked by a wall. These hacks also often contain a means of changing the character models to bright colors, making them even more visible. It will give you a major edge over your opponents.

Cheat Engine
This all-around hacking program allows you to change almost anything in Mount & Blade. You can buff your character's stats and level to unthinkable heights, fill your pockets with as much gold as you can imagine, give yourself the best gear in the game, and more.

It's worth noting that many hacks from older Mount & Blade games are difficult to use in multiplayer. You can get away with hacking the game in single-player with no repercussions, but depending on what server you're playing online, you may not able to find workable hacks or you may get banned by server admins if you're caught hacking.

We don't yet know what the hacking situation will be like with Mount & Blade Bannerlord. It's possible that the multiplayer will have greater anti-cheating protections in place, in which case hacks like those described above will be harder to pull off. On the other hand, the Mount & Blade hacking community is passionate. Given enough time, they're sure to discover and develop new tools that can break through whatever protections are put in place.

In the original Mount & Blade, it was possible to hack the game and give your character enough skill points to unlock every skill in the game, a score of 100 in every stat (agility, strength, etc.), and more. This made the usually challenging game a cakewalk, but that was part of the fun. At the very least, we're looking forward to using hacks and cheats in the single-player mode of Mount & Blade II: Warband to create an insanely overpowered character and run through all opposition.

We know that Bannerlord's multiplayer will include at least one new mode called Skirmish mode. Skirmish mode will play more similarly to single-session multiplayer modes from other popular online games. The RPG elements and character growth are gone, so players can instead focus on straight-up combat. This mode seems ideal for hacks, so we're hoping we can figure out how to make them work here.

TaleWorlds Entertainment is planning to release Mount & Blade II: Bannerlord in March 2020. It's currently in closed beta, but only a small number of players seem to have been granted access so far. The game will initially launch in early access, and the developer hasn't said how long it will remain in that state. That should give hackers plenty of time to learn the ins and outs of the game before it comes out in its final form!

Our Bannerlord cheat is available only as one of our ‘Plus' standalone cheat subscriptions with limited slots.
(Not included with VIP Subscriptions)