Want the lowdown on our Spellbreak cheats in development? 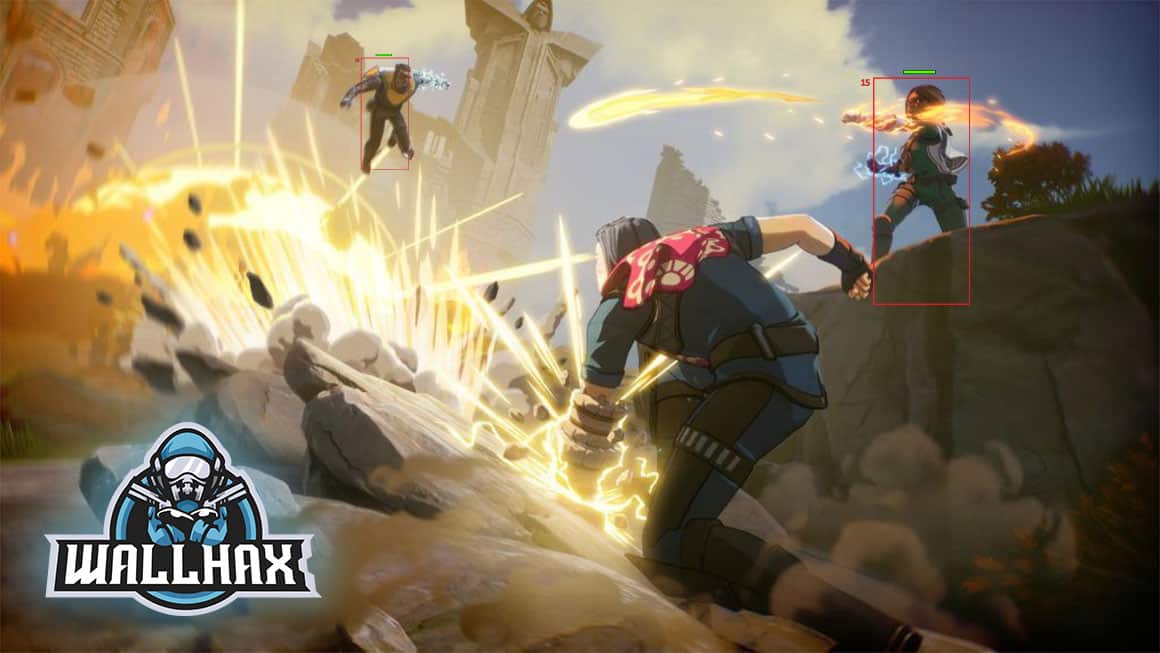 Spellbreak is a new take on the Battle Royale genre, an 'action-spellcasting game' in the words of the developers. In the game you get to play as a battlemage and build out a loadout of spells which you can use to eliminate any player that stands between you and victory. Released in 2020, the game has stood out as something new in a genre that has so far been mostly made up of generic modern military shooters. At Wallhax we're looking to support the game with our game-changing cheats to give you the ultimate advantage with Spellbreak hacks.

In Spellbreak you're going to want the maximum in-game advantage to dominate any opponent you come across. With the help of an aimbot, you'd be able to lock-on to a player and predict the movement of a player to maximize your chance of hitting them with a spell. This is a very advanced feature due to the importance of accurate prediction, so it may not be available initially.

3D ESP like Boxes can let you see exactly where players are, and allow you to use terrain to your advantage to hit them with AOE abilities around a corner, for example.

(The more interest we see, the more likely we are to support the game)

Is it worth it to cheat in Spellbreak? We answer this question and more in our FAQ.

What Cheat Features Exist For Spellbreak?

Since Spellbreak is a new title, cheats are still being developed for the game, and many like ours are not yet available. One of the most prominent cheats you'll see in multiplayer titles is ESP. This feature acts like a wallhack, and lets you see the locations of players through objects, by drawing information around them, like showing a box, nametag, or healthbar around their character. This not only lets you see their position, but can also give helpful tactical knowledge, like knowing how much health they have remaining, or where they are looking.

2D Radar is a similar feature that most cheats which include ESP will offer, as it uses the same in-game information as ESP. Radar will typically show up as a box on your screen, and can display dots to represent player around you much like a mini-map. With Wallhax's cheat framework, we show players as directional arrows, so you can see which direction they are looking or moving, as well as optionally displaying arrows which indicate if a player is above or below you significantly. With the amount of vertical movement in Spellbreak, this could be a very helpful feature.

How Do Hacks Work In Spellbreak?

Unlike the age of single-player games where you'd enter a cheat code in a game and suddenly have god-mode or access to a secret weapon, modern cheats for multiplayer games work by injecting code into the game client to read and modify the game's memory, as well as draw information over the game, such as a cheat menu or ESP. To accomplish this, you typically use an injector, or cheat client to load the code into the game, and then once the code runs, you will have access to the cheat features in the game.

With Wallhax cheats, you can use our dedicated cheat client to securely load your cheats into the game, as well as automatically stream the latest version from our servers. The cheat will then load into the game, and you can open an in-game menu to toggle and control your features. Every cheat we offer has a mouse-driven menu, making it easy to enable and disable features without needing a degree from MIT. With default settings ready to go 'out-of-the-box' as well as a profile system letting you create custom cheat configs based on your preferred setting, we've got you covered!

While there are many games which are quite easy to hack in and therefore have many free cheats available, Spellbreak is not one of them. The game is protected by Easy Anti-Cheat which typcially quickly detects free cheats, and also makes it more difficult to develop cheats for a game in the first place with their protections. For this reason you're not likely to find free cheats for Spellbreak online, and those you might find will likely get your account banned shortly after using them.

We recommend using a private cheat provider who limits the number of Spellbreak subscribers they have, so that there is a small userbase and it's less likely that an anti-cheat developer will get their hands on the cheat to try to detect it.

Is It Safe To Cheat In Spellbreak?

With cheating in any multiplayer game, there is always the risk of getting caught, even just by being noticed by other players and reported to the developers. Hacking is Spellbreak is not allowed, so you are always going to be breaking the game's rules and risking a ban.

With the game's implementation of Easy Anti-Cheat, very few free cheats will exist for the game, and those that do will likely be detected quickly by anti-cheat devs downloading these cheats and reversing them. For the most part the only undetected cheats will be from private cheat providers like Wallhax. For games protected by EAC we offer limited user slots to reduce the number of active cheat users and reduce the risk of detection. This makes it safer than using a cheat where there can be hundreds of users all using the cheat.

When cheating in games, it's best to also try to avoid reports and blatant cheating. That means not being obvious in running straight at players because you can see exactly where they are. It's better to play a little dumb and not always stare at players through walls or be incredibly obvious about your aimbotting. If you've noticed blatant cheaters in games before, that probably gives you a few ideas of how NOT to behave to avoid being reported by other players.

Since we are still working on developing a cheat for the game, we don't currently have any available software to download. That said, be sure to check out the other games we currently support and see if you're interested in any of them, as you might find a lot of fun to be had with other titles we offer cheats for. For example, in Warframe we offer our damage multiplier cheat so you can do up to hundreds of times more damage than normal in the game, and one-shot pretty much any enemy.

If you would like to get access to our upcoming cheat for Spellbreak, be sure to create an account below to show your interest so we can judge if it's worth releasing a cheat publicly.

I WANT A PRIVATE SPELLBREAK CHEAT!